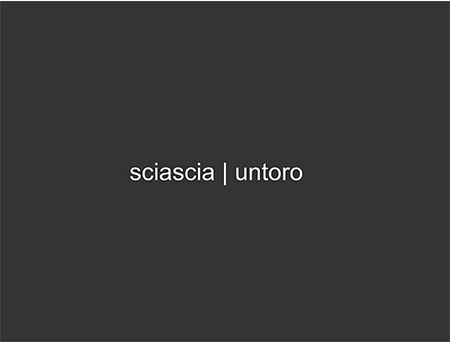 reality of shadows, shadows of reality

– Published on the occasion of the exhibition at Biasa Artspace
Bali, Indonesia (24 July – 26 August, 2008)
– Text by Jean Couteau

Yet, through a coincidence of their respective dreams, both are contemporary artists who are active and recognized names on the Indonesian, and even, in their aspirations, the global art scene. And both appear. at first glance, to have the same humorously dejected attitude toward the passing of time and the meaning of things.

How did they meet? They do not tell. Most probably on the occasion of some contemporary art event, some space or locale where aestheticised traditions and idealisations of Western modernity were being questioned. They are both mavericks, who refuse to conform to any accepted or orthodox views of cultural identity. artistic representation or branding. As artists, they do not seek to express, or see themselves as expressing, anything in particular about their own cultures of origin. They express instead the cultural layers that are settling the sand at the bottom of water, or rising like froth on its surface, as they surf the growing wave of the new modernity-or post-modernity-that has washed over all cultures of today’s world.

So they met, around some drink, quickly sized one another up, and decided, as if casually, to keep in touch. "We both know what has been done in international art," says Filippo. "we know what each of us is doing and happen to like it. Every time we can spend time together, we do. So a sort of friendship grew. As soon as he is around in Bali, I see him. And when I am in Yogyakarta. I call on him. So the idea of working together came up kind of naturally.

Of course, apart from a certain similitude in their behavior and unconventional stances toward post-modernity, their work appears to have little in common. But there must have been something in the spirit of their work that pulled them together. Probably the attempt-shown equally in previous works by both of them-to "depersonalize" expression, to act as if they, as artists. as subjects, do not matter, although personalization still manages to linger al another, deeper level.

Representation cannot be more objective than it is in Filippo’s works, in which painted imagery is directly borrowed from the lens of a video camera. Yet, the image is digitally re-engineered in such a way that it ends up losing its objective quality. Through a process of technically distancing and reworking human faces, the artist reflects on the is­sue of representation and its pertinence; the resulting art piece then acquires a hidden subjective quality. In Ugo’s work, it is just the opposite. His starting point is never an Objective representation. But neither is he expressionistic in emphasis, except in an oblique manner. One has the impression that, beyond simplifying both form and color, he is systematically trying to empty figuration of any visible subjective emotion and to end up, always, with a "question". As if there were in him a Malevitchian wariness of any acceptance of the subjective. It is probably in this context that his choice of gray and other "dead" colors must be understood. "To me color, as an aspect of creative endeavor is dead.· affirms Ugo in earnest, “So I usually use at most two colors outside of black and white”.

What was the purpose of their decision to create art works together? When asked, Ugo does not reply, or rather sneers cryptically. Filippo, more systematic in his creative pieces suggests: "We are trying to create a new imaginary, to go beyond our own respective worlds, to take inspiration from one another, but without being influenced."

They decided to work in two stages. At first they would work separately on a jointly defined topic, in their own studios. Filippo in Bali, Ugo in Yogyakarta, communicating by phone or SMS. Then, at the next stage, they would co-produce several works, on the same canvases, at Filippo’s in Ubud. But the topics they would work on would not just be of any kind: “we decided to do something that we didn’t like, that we would never have thought we could ever represent," says Filippo. Nothing else. Beyond that they would

let things evolve on their own. Their work in common would function as a sort of contemporary statement on representation. But it would not be rigid, or fully conscious. It would be based on their moods rather than any intellectual attitude. Hence, the broad variability achieved from one work or topic to the other.

Among the works made separately on a common topic, the ones where their attitudes are closest are also, from a conceptual point of view, the most symbolically accessible. The topic of “Flower” embodies painting as cliché par excellence: it is a favourite subject of still-lives, and as such, was a means through which the impressionists and Van Gogh carried out their research on light and color, the flower bouquet is also one of the objects most represented by Sunday painters. In other words, it symbolises all that Ugo and Filippo dislike, that is, what is finished in painting, what cannot and should not be anymore. So, unsurprisingly, the way they eventually represented it, each in their own way, was purposely anti-painterly. And the best way to do it, as they did ,is to represent a flower without color, the very attribute that has made it so attractive to so many generations of great, as well as awful painter. The result is two very "ugly" flower paintings, exactly what a flower painting is supposed not to be. Ugo’s flower is minuscule-barely noticeable, ugly, colorless, occupying a small corner of  the canvas. Filippo’s flower is a dead sunflower, also ugly and colorless, splayed across the canvas. Both are the kind of flower no bourgeois art lover would  want to hang in the living room. In terms of meaning, both are art that is anti-art. In short, in representing the flower, they did not so much undertake a deconstruction of reality, in a modernist manner, as a deconstruction of the notion of the theme, and hence, of creativity itself a strong contemporary statement.

This statement, however did not come to them in a readymade form. They were not fully aware they were making it, as shown in the second idea they took up, another cliché topic, “portrait”. The portrait embodies, at it best, the notion of realism. In western academic classism, it predominantly represent the outer, visible truth of the person represented; in the modernist tradition, the emphasis shifts to representing the painter’s subjective interpretation of the person whose portrait he/she is making; but in both case, the idea of truth, objective or psychological remains present. In their “portraits”, both Filippo and Ugo denounce, each in his own way and to a different extent, this commonplace idea of the portrait. Filippo’s portrait remains within the norm: it is still the figration of a character, but the character is disfigured. So what he questions is the notion of beauty. Ugo’s portrait is more radical: it represents the contours of an empty human shape. As if to him, portrait as a gender could not possibly exist and/or as if the notion of the person we non-existent or illusory.

The exploration of themes continues with a third banalized topic: "Crucifixion." The figure of Christ symbolises. through and beyond the religious notion of redemption with which it has been associated over and over again. the whole idea of European culture. De-representing Christ is thus a potent way to question religion, and at the same time, to question the evolution of the representation of the figure of Christ throughout European history. So Ugo and Filippo are, in treating this theme. potentially dealing with something laden with strong cultural emotions. How do they deal with it? In a cautious way, without any true deconstructive endeavor. Both seem, in their own individual ways, to accept the notion of sacrifice associated with the idea of Christ. Filippo's work is a dark Golgotha, in which the figure of Christ is anonymous, one among several other crucified characters. In Ugo s work. the Christ is seen without his cross, from the back, as if ashamed of what people have made of his sacrifice. But neither of them questions the icon like Agus Suwage recently did with his Mickey Mouse-headed Christ.

The same free, apparently aimless, exploration of themes is carried through all the separate individual works. Filippo and Ugo continuously try to extract meaning from the commonly chosen theme. Filippo does this by digital engineering the meaning out of readymade images, by going within and beyond the photograph; Ugo, through his typical laid back attitude that has him looking potential layers of signification hidden behind each theme. But perhaps owing to the “spontaneity” of their exchange, the “questioning” found in their work changes in dimension and radicality from one work to the other: In “flower”, it is the idea of the theme itself that is questioned. In “portrait”, different aspect of figurative representation are questioned- the notion of “beauty” by Filippo, the notion of  “the person” by Ugo. In taking on Christ as a culture icon, Ugo has us ponder the value of Christ’s sacrifice, while Filippo underlines his anonymity. In short, what Ugo and Filippo offer us is sort of guided but casual promenade along the paths of contemporary questioning. And their stroll leads on to other topics, both with and without a clearly related line of questioning.

Ugo’s shadow, presenting us with a shadow-like character shooting an arrow at his own shadow, can be construed as an attack on memory and the notion of the self, while Filippo gives us a shadow-like haunting ghost issuing from nowhere. Filippo's simulacrum of a "Cezanne" is a questioning of its color references and bourgeois content, while Ugo uses "Cezanne" as a pretext to speak beautifully of the insignificance of togetherness and human endeavor. As for the way they treat the topic of "water", it could not be more different: Ugo's is a huge drop while Filippo's is someone swimming underwater.

What of the works made in common, the second aspect of the collaboration. In these works, if only for technical reasons, the fact that Filippo’s work rests on the manipulation of photographic images, it is Ugo who gives the ultimate touch of meaning to the works. He turns a face into its future: a haunting skull. He seats a black character back-to -back with Filippo's white sitting girl, creating a feeling of incommunicability between the two. He sets drops rolling down a woman’s face, overwhelming it with a feeling of sadness. In short he augments Filippo's underlying images with his own signature feeling of existential angst.

Indeed, Ugo's world is more darkly existential than Filippo's. Filippo explores to their limits, through various digital and pictorial manipulations, the expressive possibilities of readymade images. Yet there remains in his works a shadowy idealisation of form and beauty. Beginning with a minimalist approach to figuration, Ugo on the contrary  dismantles both feeling and meaning, to have us ponder them, mouth gaping. Filippo works present us with shadows of reality, Ugo’s, with the reality of shadows.

On the whole the positive side of Filippo and Ugo’s collaboration is that it has them question the nations and contents of themes and icons in a manner they would otherwise not have undertaken. The unsystematic way they entered the field of questioning (the main attitude of contemporary art) perhaps translated into lack of cohesion among their  works, but it made them deal with topics in ways that might otherwise have been impossible, and depth they might otherwise never have fathomed.